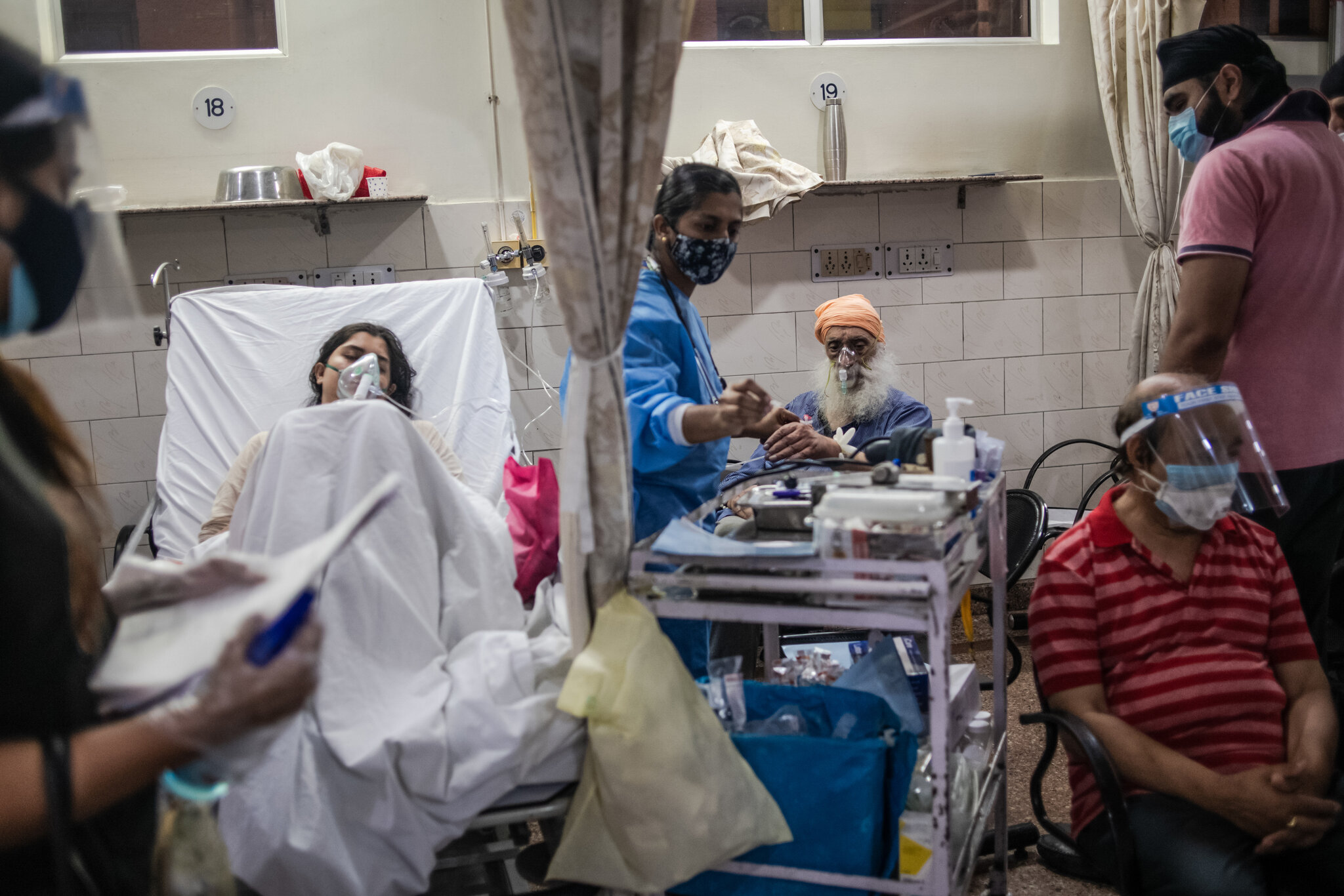 Some COVID-19 patients in India have developed a rare and potentially fatal fungal infection called mucormycosis, also known as “black fungus,” according to news reports.

Mucormycosis is caused by a group of molds called mucormycetes, which grow in soil and decaying organic matter, such as rotting leaves and wood, according to the Centers for Disease Control and Prevention (CDC).

“It is ubiquitous and found in soil and air and even in the nose and mucus of healthy people,” Dr. Akshay Nair, a Mumbai-based eye surgeon, told BBC News. The mold can enter the body through cuts and other abrasions in the skin, or the infection can take hold in the sinuses or lungs after people breathe in the fungal spores. Once inside the body, the fungus can sometimes spread through the bloodstream and affect other organs, such as the brain, eyes, spleen and heart.

Most commonly, mucormycosis strikes those with weakened immune systems, including those with diabetes and those taking medicines that suppress immune activity, according to the CDC. Now, an increasing number of COVID-19 patients in India appear to be contracting the infection, The New York Times reported.

For instance, in the state of Maharashtra, where Mumbai is located, 200 individuals caught mucormycosis after recovering from COVID-19, and eight have died from the black fungus, the Times reported, citing local news coverage. Cases are also appearing in the capital city of Delhi and in the state of Gujarat, where the state government has ordered 5,000 doses of the antifungal drug amphotericin B to treat the disease.

“We have heard that in some areas, people who are COVID-infected or recovered suffer from mucormycosis, but there is not a big outbreak of it,” Dr. V.K. Paul, head of India’s Covid task force, said at a press conference last week, according to the Times. “We are watching and monitoring.”

The rise in cases may be connected to the use of steroids in hospitalized COVID-19 patients, since the drugs suppress the immune system, BBC News reported. And those with diabetes start out at increased risk for the infection, even before taking steroids. “Diabetes lowers the body’s immune defenses, coronavirus exacerbates it, and then steroids which help fight COVID-19 act like fuel to the fire,” Nair told BBC News.

In addition, many families have had to treat relatives for COVID-19 at home, meaning people may become exposed to the mold after receiving medicine or oxygen therapy in less-than-sterile conditions, the Times reported.

Nair saw several dozen Mumbai-based patients with the black fungus in April; many of them had diabetes and had recently recovered from COVID-19 at home, since hospitals were overrun with patients, BBC News reported. Eleven of the patients needed to have an eye surgically removed due to the fungal infection, since the mold can easily spread from the eyes to the brain.

In the early stages of infection, patients often present with a stuffy or bleeding nose; swollen eyes; droopy eyelids; or blurred vision, BBC News reported. Black patches can also appear on the skin around the nose. 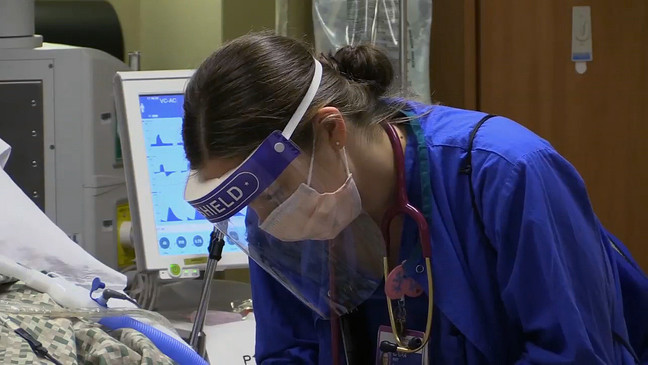 The Oregon Health Authority’s daily coronavirus report has pushed the total number of cases found in the state since the pandemic began past 190,000 on Saturday. With 833 new COVID-19 cases, there have been a total of 190,804 cases in Oregon.

Hospitalizations also rose compared to Friday’s report. There are currently 329 patients hospitalized across Oregon due to the virus, which is five more than yesterday. Of those patients, 84 people are in Intensive Care Unit beds.

With vaccinations against the virus continuing in Oregon, the OHA reports that the “seven-day running average is now 33,318 doses per day.” The following totals of the three vaccines have been administered so far:

The OHA released the following information about the recently reported deaths: 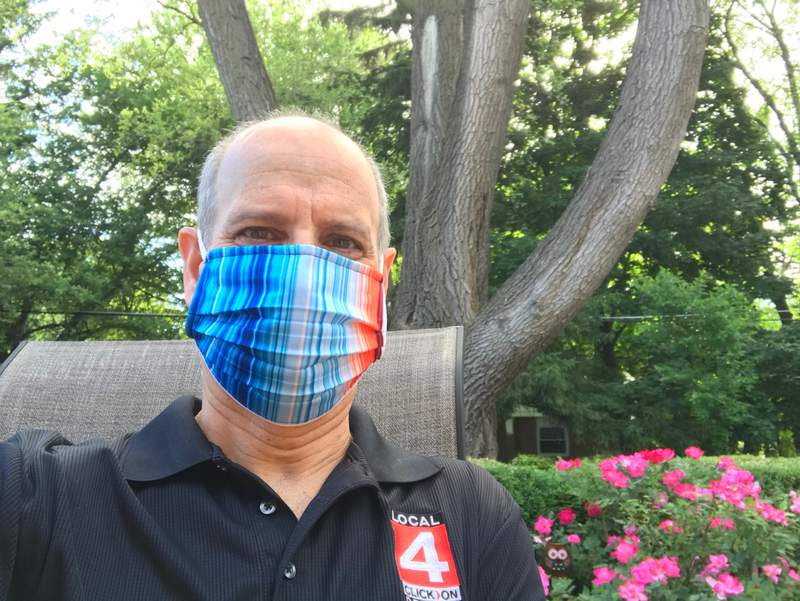 An important message from Paul Gross on Melanoma Monday

I’ve always been thankful that I was born with my mother’s skin — she has a darker skin tone that tans, and never had skin cancer in her life.

My late father, on the other hand, had very fair skin. That, compounded with extensive sun exposure when he was stationed in San Juan, Puerto Rico during World War II, caused him all sorts of problems later in life. He had several skin cancers removed from his head, face and ears, and many, many other pre-cancerous lesions proactively removed. It seemed like every few months, he was coming home from the dermatologist with bandages all over his face and scalp.

I was thankful that I never had to go through any of this. Until I did.

This past winter, I had a scab on the side of my head that just didn’t seem to want to heal. I finally went to the dermatologist to have him take a look, and he decided to carve it out and have it biopsied. Fortunately, the biopsy was negative for cancer, but it was identified as an actinic keratosis: sun damaged skin. Left untreated, it very well could have turned into skin cancer. This stunned me, as I always wear baseball hats and golf hats when outside — but the doctor told me that the sun damage could have occurred when I was young.

This Melanoma Monday, I am writing this letter to plead with you to get anything on your skin, face or head that isn’t normal checked out. Melanoma is the worst-case skin cancer you could get, and one you should dread. If it’s caught early, the cancer is 99% curable, according to the American Cancer Society. However, should your melanoma spread regionally, that cure rate drops to 66% and, if it spreads distantly in your body, your likelihood of surviving drops to 27%.

Like most cancers, you need to catch this early.

If you don’t see a dermatologist annually for skin checkups, at least have your partner or a family member occasionally take a look at the parts of your body that you can’t easily see. Below is a chart of abnormal things to look out for. A helpful note: “greater than 6 mm” is larger than the size of a pencil eraser. 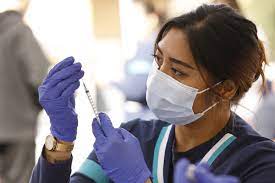 The news comes as infections in L.A. County remain at the lowest levels seen throughout the pandemic. The average daily test positivity rate was 0.7% over the past week, according to county data.

About 36% of Los Angeles County residents age 16 and older are fully vaccinated, according to Department of Public Health data, and 54% have received at least one vaccine dose.

But racial disparities in vaccination remain pronounced in L.A. County. More than 50% of white and Asian American residents ages 16 and older have received at least one dose of vaccine, but only 30% of Latino and Black residents in the same age group have.

Across California, more than 30 million vaccine doses have been administered, but demand may be dropping. Recent data indicate the state’s vaccination pace is starting to taper off, and experts predict we are not on track to achieve herd immunity.

However, Californians are far less vaccine hesitant than residents of other states, federal data suggest. Only 11% of Californians have said they will probably not or definitely not take the vaccine a lower rate than in all but four states: Massachusetts, Vermont, Connecticut and Hawaii.

“To those grieving the loss of a family member or friend, our hearts go out to you and we wish you peace,” said Barbara Ferrer, the county’s public health director. “Getting vaccinated in L.A. County is easier and more accessible than ever before and we encourage everyone waiting to get vaccinated to take advantage of the opportunity as soon as possible.”

Walk-in vaccinations are available without appointments to anyone 16 and older at all L.A. County sites through next week.