Hong Kong suspends operations of its office in Taiwan

by Rita Blanger
in World News 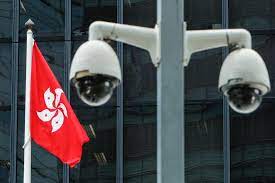 Hong Kong announced Tuesday (May 18) it was suspending the operations of its office in Taiwan, with media in the Chinese territory reporting the closure would take place “with immediate effect.”

The Hong Kong Economic, Cultural and Trade Office in Taipei will cease functioning only temporarily. Hong Kong citizens and others in Taiwan can still connect with the territory online or through the 1823 and 1868 Hong Kong government hotlines, CNA reported.

When Taiwanese reporters phoned the office, staff denied the suspension was related to the rapidly rising number of COVID-19 patients in Taiwan, in particular in Taipei, where the office is based, and in New Taipei City. However, Hong Kong officials did not provide further details about the reason for the suspension of services.

The South China Morning Post described the move as an “immediate closure,” signifying worsening relations between Taiwan and Hong Kong. The decision was reportedly made by the Chinese territory’s Constitutional and Mainland Affairs Bureau, which is in charge of relations with Taiwan.

Meanwhile, Taiwan’s office in Hong Kong has been facing problems, as the city’s authorities reportedly refused to renew the eight staff members’ work permits, which are up for renewal by the end of this year.

The Taiwanese staff had followed all the rules originally stipulated in the 2011 agreement which led to the establishment of the offices in Taiwan and Hong Kong, the Mainland Affairs Council said.

As repression has mounted in Hong Kong in the wake of last year’s enactment of the national security law, Taiwan has become a haven for democracy activists from the territory.