by Rita Blanger
in Headlines 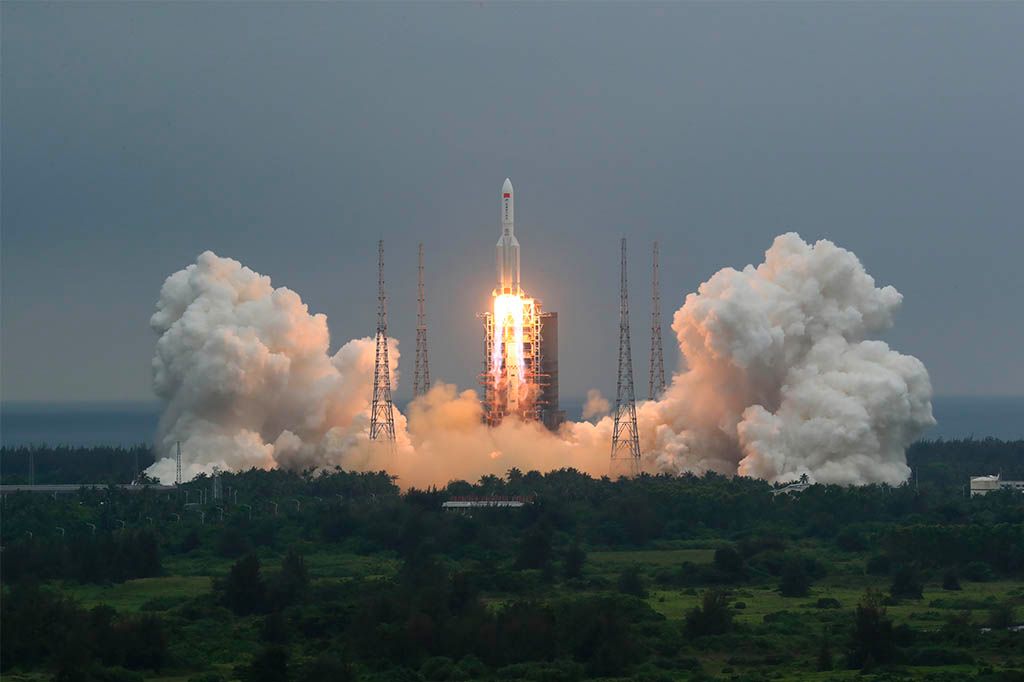 A large out-of-control Chinese rocket has come down in the Indian Ocean.

Remnants of the rocket landed west of the Maldives archipelago, Chinese state media said, ending days of speculation of where the Long March 5B rocket might land.

The odds of the spacecraft landing on a populated area of the earth were low, and the likelihood of injuries were even lower, according to engineers.

The potential debris zone could have been as far north as New York, and as far south as Chile, scientists said.

Last year, the first Long March 5B damaged some buildings when it crashed on the Ivory Coast.

Most of the rocket’s debris was burnt up in the atmosphere, as it re-entered the planet at 10:24 a.m. Beijing time Sunday, Chinese engineers said.

“It makes the Chinese rocket designers look lazy that they didn’t address this,” Harvard-based astrophysicist Jonathan McDowell said of the uncontrolled re-entries.

Very similar to last prediction, but with center of reentry window further west.

90% of this track is over ocean. pic.twitter.com/ZZYgq9gDU5

“It is common practice across the world for upper stages of rockets to burn up while reentering the atmosphere,” said Wang Wenbin, a spokesman at the Chinese foreign ministry.

The rocket launched April 29, carrying with it the first module of China’s future space station.