by Rita Blanger
in Sports 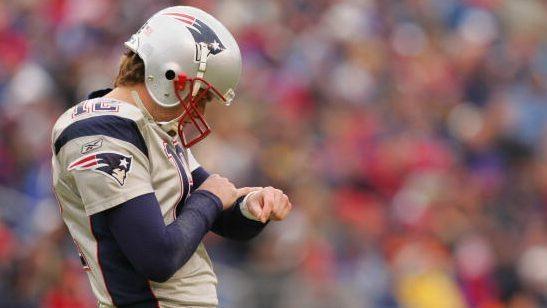 After 20 years with the Patriots, quarterback Tom Brady had a significant adjustment to make in Tampa Bay. Via JoeBucsFan.com, Brady explained the difficulty of the transition in his recent appearance with Hoodinkie Radio.

“Midway through the year, I was still trying to figure out how to call the plays,” Brady said regarding the Buccaneers’ playbook. “I just read [the plays] off my wristband and tried to visualize what was going to happen.”

After so much time in one system, it was a crash course for Brady to learn a new attack.

“It’s like learning a completely new language,” Brady said. “You’ve spoken English for 20 years and someone goes, ‘Hey man, let’s speak some Spanish.’ And you are like, ‘Huh? That makes no sense to my brain.’”

The pandemic complicated the effort for all the new teammates to get on the same page.

“[I]t took a long time for people to get to know one another,” Brady said. “Much longer than normal. The last six weeks of the year, wow, we really started hitting our stride. We gained a lot of confidence in one another. It was a really unique experience, one that I hope I never, ever have to go through again, but I think we made the best of it.”

The Bucs finished the year by winning eight games in a row, and they’ll be expected to pick up where they left off, especially with all 22 starters back in 2021. And with Brady more than a year into his effort to learn the new language.