by Jack Leo
in Tech 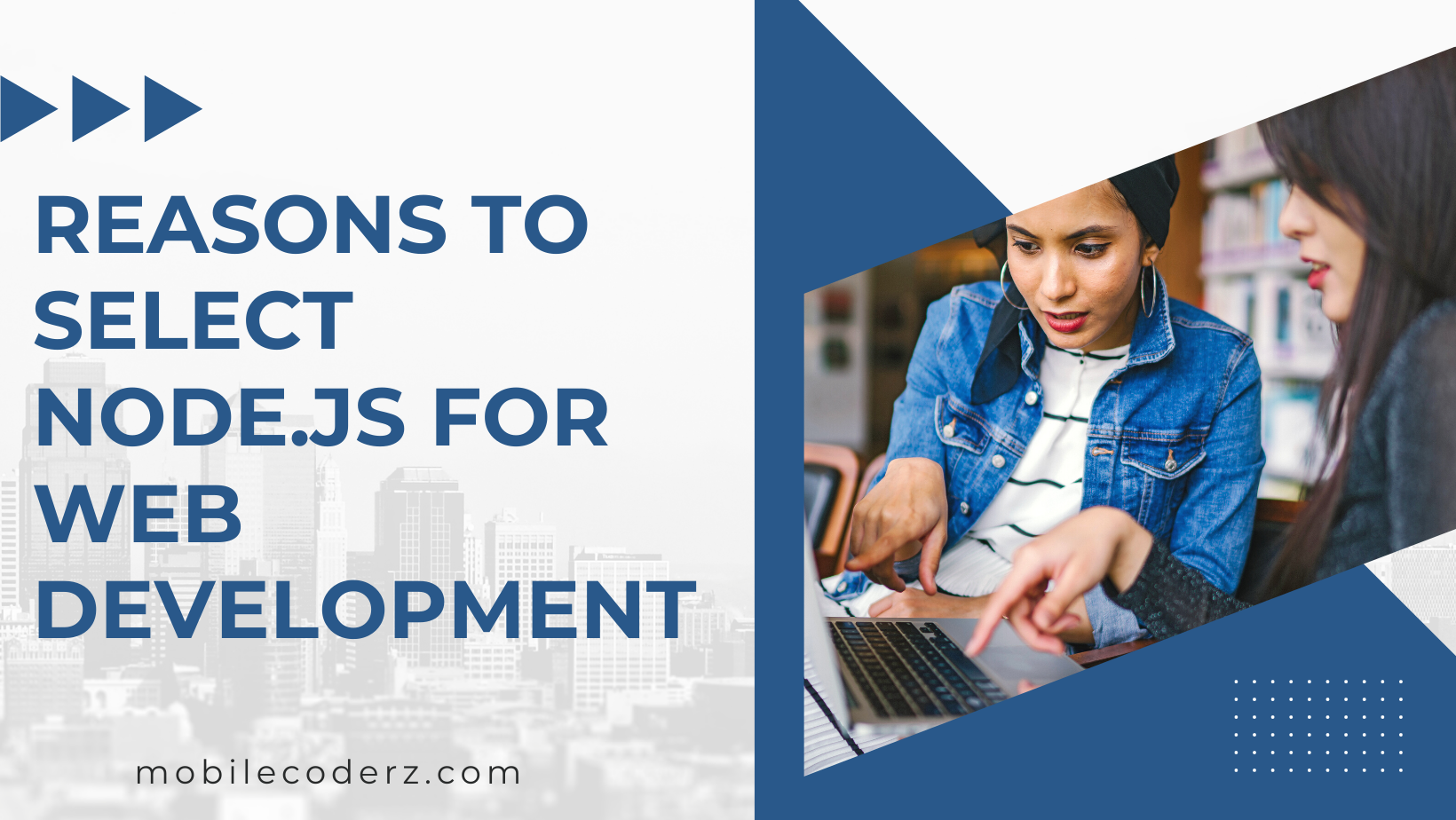 Choosing the right technology for web development is a complex task. Why? Due to the increased number of frameworks, businesses now have many options to choose from for their web development project.

But out of all of them, Node.js is something special. It is one of the favorite tools among web developers because it enables them to create complex web applications very easily and efficiently. There are still more reasons to select Node.js for web development. Want to know that? Read below

Node.js is built on Google’s Chrome V8 engine which requires fewer lines of code to write the application. Its rapid I/O performance enables web app developers to utilize the framework in many different functions such as middleware messaging, necessary routing operations, and static file serving.

Node.js allows developers to merge the frontend and backend development into a common development task. As a result, it increases the process of the web app development process.

With Node.js, you can create high-responsive web applications which give instant results. It has a good capability to create real-time applications that can perform multiple tasks at once. Node.js provides a single-threaded and event-driven architecture that helps you execute multiple concurrent requests without affecting RAM.

One of the top reasons to select Node.js for web development is that it is based on Java-Script which is easy to learn programming language. Since most developers are familiar with JavaScript coding, it makes it highly beneficial for developers to use Node.js in various web development requirements. Moreover, it requires less time and coding effort for both client-side and server-side applications.

5. Use a single codebase

Node.js uses NPM (Node Package Manager) which enables developers to share data easily and quickly. And that is why developers prefer using this framework to create web applications. With Node.js, they can easily share data while working on a joint project. Apart from this, Node.js also allows you to maintain and deploy code quickly making the development process smooth and efficient.

If you want to make web applications at low costs, then Node.Js stands out as one of the best web development frameworks for this case. Node.js development requires less coding efforts and allows easy data sharing when you are working on a project. This allows businesses to create cost-efficient web development solutions.

While most web development frameworks usually have frequent updates, Node.js gets major update releases for a long-term period. Every major release or update in Node.js remains for the next 18 months of the data. During this period, no new features or updates will be merged into the existing or previous version.

Moreover, all the bug fixes and security updates would be taken care of by their team. Hence, Node.js stands out as a good choice for a web developer who wants a reliable framework to create a web app.

Node.js is a popular framework that has been used for a long time in the web development field.  It provides a variety of benefits over other similar frameworks. With Node.js you can create complex web and mobile apps too. But to make these applications, you must possess that knowledge.

MobileCoderz is the best mobile app development company in Dubai that can assist you to create a powerful web and mobile application using Node.js and other powerful frameworks. Just schedule an online meeting and share your project requirements.